The proposed virtual tour of the Hospice of Roda de Isábena has three spaces divided by the population of Roda, the first is the very Hospedería, which were necessary to produce 10 spherical images, the second space of the cathedral is the Romance consisting of 4 spaces between which is the restaurant that is run by the same owners of the guesthouse, and finally included in the tour two of the apartments that the Hospice uses to supplement its hotel business.
In total 24 images were necessary 360 degree spherical.

Did you like this entry?
Here are a few more posts that might be interesting for you.
Related Posts 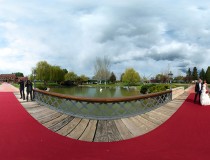 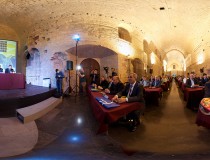